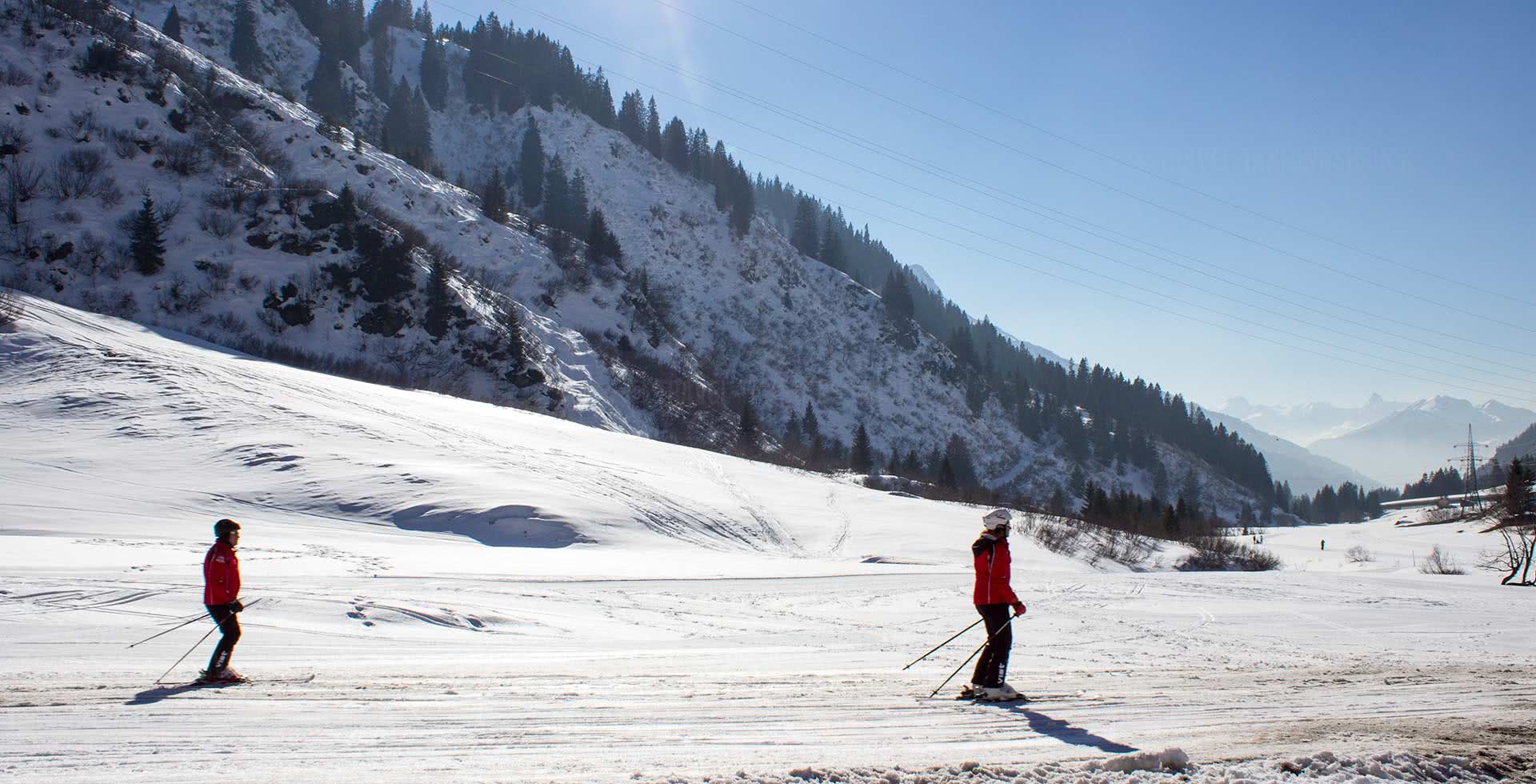 St. Anton in Tyrol is one of the most popular ski resorts in Austria and there are good reasons for this. Not only that tourists from all over the world come here to enjoy their alpine ski tours and this winter ski resort is one of the best known in the world as it is part of the Ski Arlberg ski area, but also because its numerous variations of ski slopes and the wide choice of accommodation, guesthouses, accommodations, apartments and hotels offer a wide choice for visitors.

The winter ski resort was already growing in the last century and this increased continuously. If one compares the statistics from then and now, a rapid increase can be seen, both in tourists, as well as in offered overnight places and sports activities. In addition, the number of inhabitants has more than tripled. Especially since in 1901 it was only 877 inhabitants, in 2009 there were already 2,632 and the number of houses increased from 106 in 1901 to over 800 by 2009, which is more than seven times the number mentioned above. So one could try to guess what tourism is all about, which was discussed later in the text.

Among other things, the Alpine World Ski Championships took place here in 2001, with over 350,000 visitors attending the event at that time.

The weather in St. Anton is perfect for skiing, which you can also see here on the webcams.

The enormous area available to skiers has already been made clear when ”Ski Arlberg” was described in more detail as the largest contiguous ski area. The 305 kilometres of slopes with their various variations can indeed be proudly shown and when some ski lovers hear about it for the first time, it is understandable if they are initially a little sceptical about this gigantic number, as something like this is by no means usual. It is also worth mentioning that there is a range of about 10,000 guest beds in the mentioned overnight resorts and thus about one million overnight stays are reached in only one single winter season.

In addition to all the facts and figures mentioned above and a winter climbing trail that may arouse the curiosity of many skiers, St. Anton also has 96 kilometres of marked hiking trails, two fixed rope routes, mountain bike routes and even fishing opportunities for summer sports enthusiasts.

In addition, a 4.3-kilometre-long toboggan run with a difference in altitude of more than half a kilometre, which is also illuminated, offers skiers quite an interesting change if you want to get off your skis once in a while.

In addition, various sports activities such as bowling, tennis, volleyball, football and squash can be practised, which is an even greater contrast to skiing than the aforementioned toboggan run. However, the “summit of the iceberg” is, so to speak, the air rifle shooting on offer, which adds a little extravagance to the various options on offer.

For those who still want to go here, it is time to hurry, as the places are both limited and sought-after. Therefore, one should not hesitate too long before St. Anton can no longer accept the bookings.

Book a Taxi Transfer to St. Anton am Arlberg →